Nmap (“Network Mapper”) is a free and open source (license) utility for network discovery and security auditing. Many systems and network administrators also find it useful for tasks such as network inventory, managing service upgrade schedules, and monitoring host or service uptime. Nmap uses raw IP packets in novel ways to determine what hosts are available on the network, what services (application name and version) those hosts are offering, what operating systems (and OS versions) they are running, what type of packet filters/firewalls are in use, and dozens of other characteristics.

No response from the target port can lead to the confusion whether the port is open or probe is blocked by a firewall. Hence, this scan isn’t very effective.

The key advantage to these scan types (NULL, FIN or Xmas scan) is that they can sneak through certain non-stateful firewalls and packet filtering routers.

This scan is used to identify, firewall rulesm determining the type of firewall and identify filtered ports. Also note that this scan doesn’t give the list of open or closed port instead it checks if the port is filtered or unfiltered.

It sends the packet with ACK flag set. If in response it receives RST that means the port is unfiltered and might be open or closed. Ports that don’t respond or send ICMP error marked as filtered. This type of scan is useful to detect the presence of a firewall.

An idle scan is a good option when you want to keep yourself anonymous while scanning. The scan involves sending forged packet to the target host which looks like it is coming from some other host. This scan uses another host’s IP address as the source IP address instead of sending attacker’s machine IP address. The idle host involved in this scan is called zombie and hence this scan is sometimes referred as zombie scan.

Let us look into the below diagram to understand how this works.

FTP protocol allows a user to connect to a FTP server, then ask that files be sent to a third-party server. Such a feature can be abused to scan open ports of a target system. In this type of scan nmap simply ask the FTP server to send a file to each interesting port of a target host in turn. The error message will describe whether the port is open or not. This is a good way to bypass firewalls because organizational FTP servers are often placed where they have more access to other internal hosts than any old Internet host would.

The advantage of this scan is being able to be anonymous as bouncing through FTP server hides the source address of the attacker. The disadvantages are that it is slow, and many FTP servers have disabled the proxy feature.

In fragmented scan the attacker sends the probe packet in small IP fragment. The idea is to split the TCP header over several packet to make it harder to detect by firewalls. The advantage of this scan is the ability to bypass the packet filters. The disadvantage is it is slow. We are going to look at it in a great detail at module 12.

You also can specify which UDP port:

Also you can fire up both TCP and UDP scan with port specification:

You can also add -PE on both of the above nmap scans.

Decoys will send spoofed IP address along with your IP address.

NSE stands for Nmap Scripting Engine, and it’s basically a digital library of Nmap scripts that helps to enhance the default Nmap features and report the results in a traditional Nmap output.

One of the best things about NSE is its ability to let users write and share their own scripts, so you’re not limited to relying on the Nmap default NSE scripts.

Some useful example of nse scripts

Hping3 is a scriptable program that uses the Tcl language, whereby packets can be received and sent via a binary or string representation describing the packets.

Banner grabbing can be used to get information about OS or specific server info (such as web server, mail server, etc.) 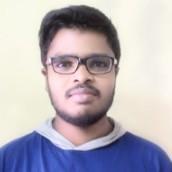